It's a moment that arrives without note, without sound or song. It slides in, undisturbing, and settles - like the gentle warmth of a fireplace, or the delicate lick of a surrogate mother. That calm grace, a gentle serenity - not with faces upturned and broad smiles as sun shines, but an unassuming, happy peace. She stands, letting the breeze and the moment slid along her, ruffling her fur. And him too, her scent in the air reassuring and warming. It's a moment when they can just be there, be themselves, together.

Such a beautiful story, Thank you Dark Voilet for the story and title and Clarkeyboy for the background support making this possible 💖

I'd like to share my thought and the making of this one I saw at a local hungry horse restaurant, a mono depiction to Zeus cub and Seriah wolf. I get a lot of inspiration for new pieces like these.

This is the original idea that inspired me, it made me think calm thoughts and everything peaceful. I wanted to use my canines to make something similar. 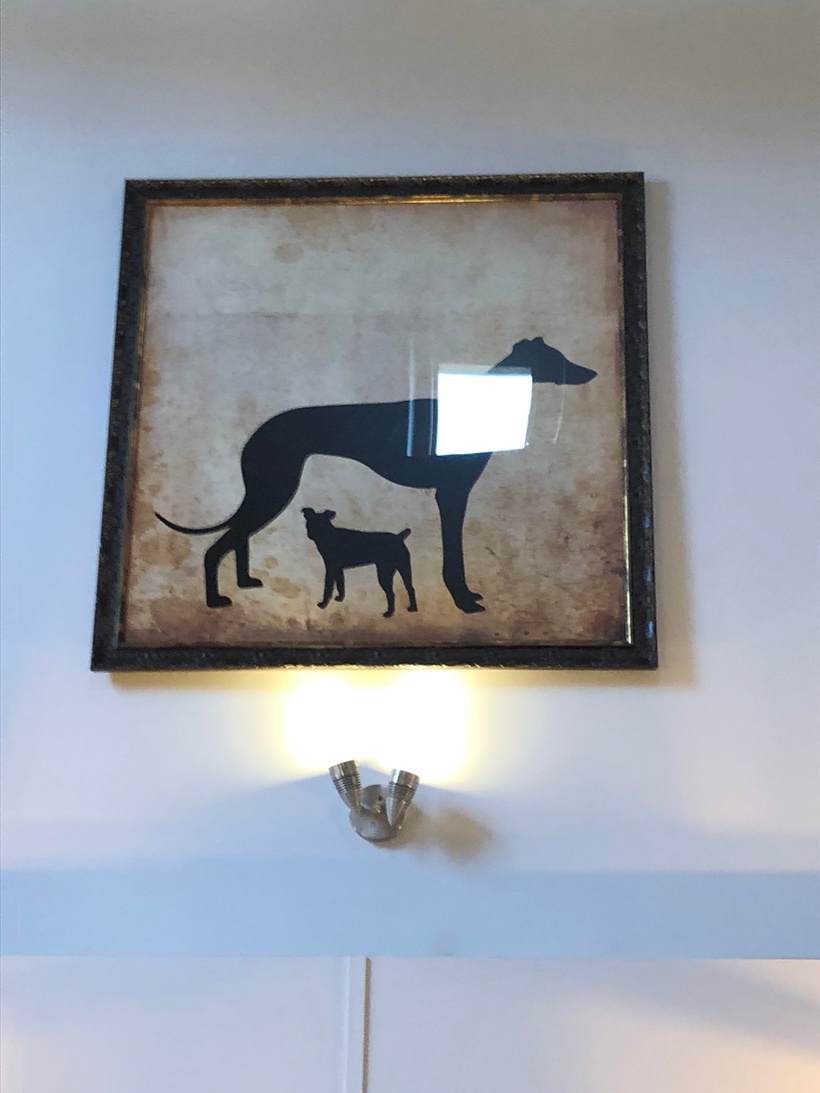 I wanted to use characters that were instantly recognisable or stood out more than others, and also be able to be small enough to better walk under the character, and so my use of

animals such as the cub Zeus, and Seriah is part of Zeus because they are seen together and since she is also the largest of the wolves it was perfect for my idea.

I set the scene as best I could with Zeus standing under Seriah. 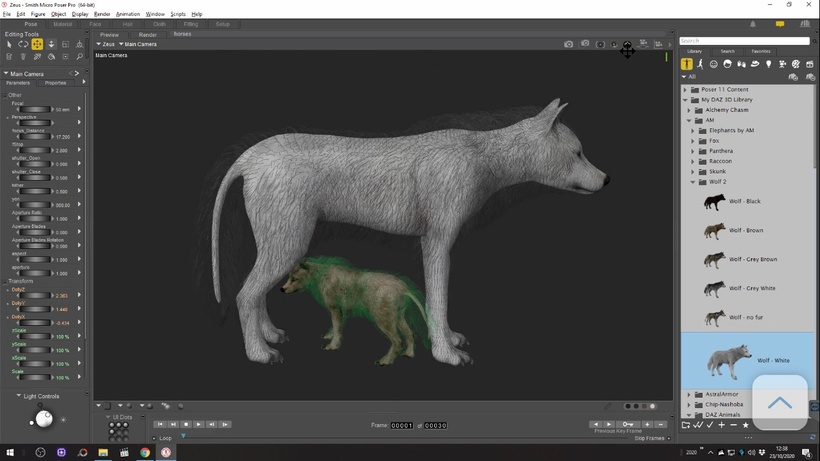 Rendering the image using the prebuilt sketch render wasn't adequate because it fails to render fur, instead it renders the entirety of just the preview (as seen above) and not render out first, and so looked redicilous. 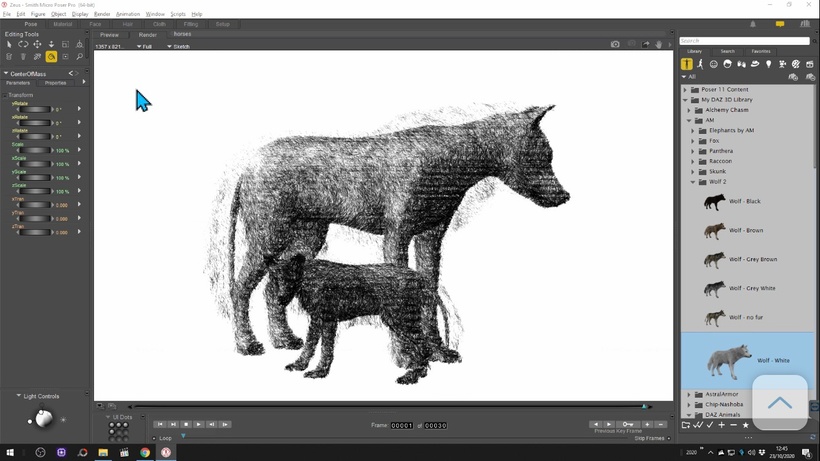 So I set out to render the wolves, I used white background. The render took about 5 minutes. 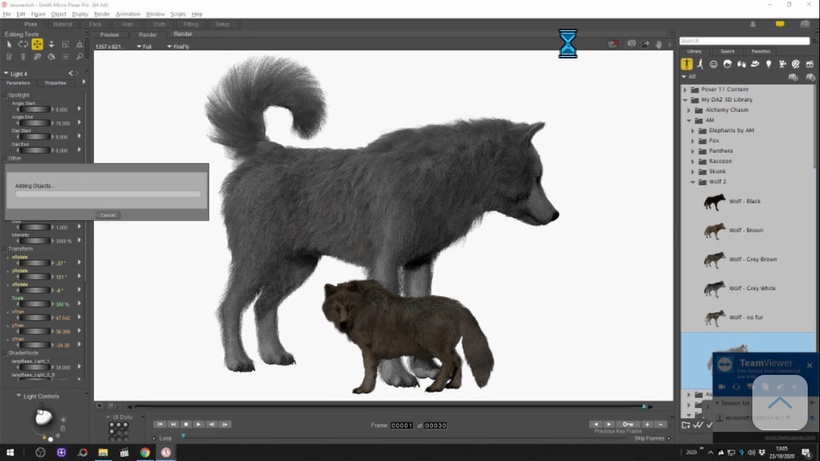 This is a screeny of Paint Shop, having added the background and blurred the image a touch and exporting the final. 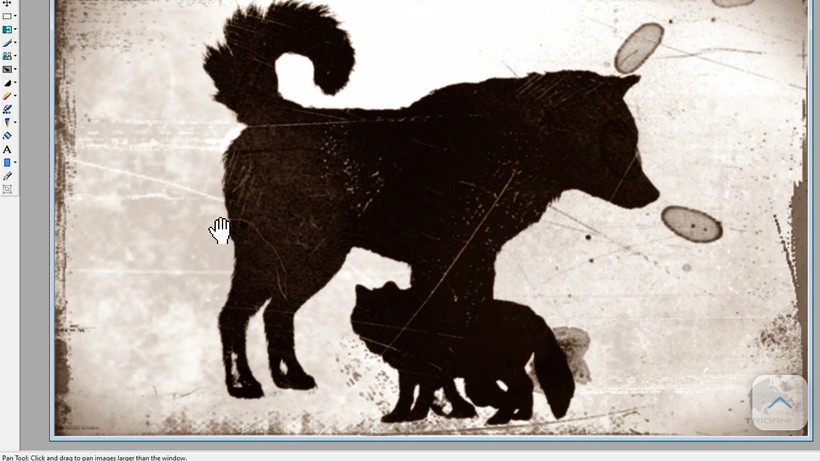